VIRUSES (AKARYOTA): History, Features, Contributions of different scientists to the field of virology.

The first person to discover the existence of a viral disease in plants (TMV- Tobacco Mosaic Virus) was a Russian, Dmitri Iwanowski (1892). He demonstrated that TMV could be transmitted to healthy plants through the sap from diseased plants even though the sap had been passed through the filters fine enough to hold back bacteria.

In 1898, Beijerinick found that the filterable, invisible and non cultivable infectious entity could diffuse through agar gel like a fluid. He, therefore, called living infectious fluid as “contagium vivum fluidum”. In 1892 Louis Pasteur indicated that rabies is caused by virus. 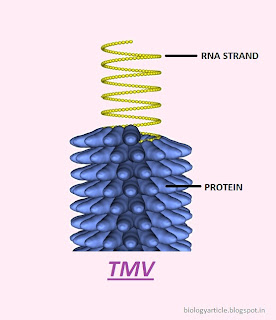 We know that viruses reproduce and cause disease in animals plants and micro-organisms. They are unable to propagate outside the cell. Thus they are obligate intracellular parasite. The major breakthrough in virus history was made in 1930’s when its physical and nature were known.

Viruses are known as the connecting link between the living and non-living things.

Virus consists of DNA or RNA but never both, surrounded by a protein sheath called the capsid. DNA or RNA of a virus may either be linear or circular and may be single stranded (ss) or double stranded (ds).
Branch of the science which deals with the study of the virus in detail is called VIROLOGY.

CONTRIBUTIONS OF THE DIFFERENT SCIENTISTS TO THE FIELD OF VIROLOGY:

1. Viruses (from plants while studying variation in tulip flowers) were first described by Carolus Clusius, in 1576.

2. Vaccination was introduced against small pox by Edward Jenner, in 1796.

5. The existence of virus was scientifically proved by iwanowski, in 1892.

6. Iwanowski’s observations were confirmed after the discovery of the foot and mouth disease by Beijerinick, Loefler and Frosch, in 1899.

7. Bacteriophages were discovered by Twort de Herelle, in 1917.

8. The first to determine the chemical composition of virus was Schelsinger, in 1933.

9. First to crystallize viruses and also reported that crystals can cause disease was Stanley, in 1935.

10. Nucleoprotein nature of virus was reported by Bawden and Pirie, in 1936.

11. Mutations in viruses were detected by Delbruck, in 1938.

12. It was proved that DNA is the genetic material for Bacteriophage by Hershey and Chase, in 1952.

15. Successive vaccination against polio was given by John Salk and Albert Sabin, in 1957.

17. Retrovirus and the phenomenon, teminism was discovered by Temin and Baltimore, in 1972.

19.  The presence of prion was first announced by the University of California, in 1982.

20. AIDS virus was discovered by Lu Montagnier et al and Robert Gallo, in 1983 and 1980 respectively.

21. Nobel Prize was given for the description of CJD (Creutz feldt Jakob disease) and kuru to Stanley Prusiner, in 1997. 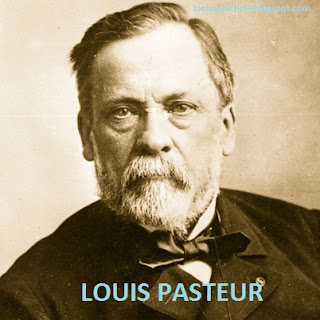 COINAGE OF THE TERM 'VIRUS' IS DONE BY PASTEUR 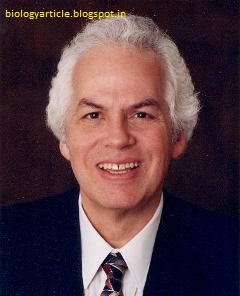 STANLEY THE FATHER OF VIROLOGY

Still many aspects of virology are left unknown. Many diseases caused by viruses have no medicine. It’s one of the hot subjects in research field. By understanding and giving interpretation about the activity of viruses, we can create wonders in science……!!!