INFORMATION TRANSFER
A. Cell to Cell Contact
1. TH cells are activated by APCs, using antigen presented on MHC II.
2. B cells, once activated by antigen, contact T cells (the “immune synapse”) for information exchange.
3. Direct contact with infected or malignant cells activates TC cells.
4. Pathogens contacting macrophages trigger an inflammatory response via toll-like receptors.
B. Ways to transfer information
1. juxtacrine- touching
2. paracrine- local
3. hormone- at a distance, via circulation
C. Paracrine Signaling: naming conventions
1. Cytokines (refers to cell to cell) or Interleukins (IL –refers to white cell to white cell)
a. secreted from one leukocyte and act on another, although they often affect other cells as well.
b. numbered 1 through ?
c. Some cytokines (especially those identified early on before scientists developed a theoretical framework to discuss their function) have common names,
for example:
i. Interferon (IFN) Interferon is a type of interleukin, and more generally, a type of cytokine
ii. tumor necrosis factor (TNF) – identified because it helped in getting rid of malignant cells.  Turns out to be a powerful, general immune up-regulator
2. Chemokines
a. Signal movement of cells
b. Attach to seven-span receptors
c. Activate G-proteins 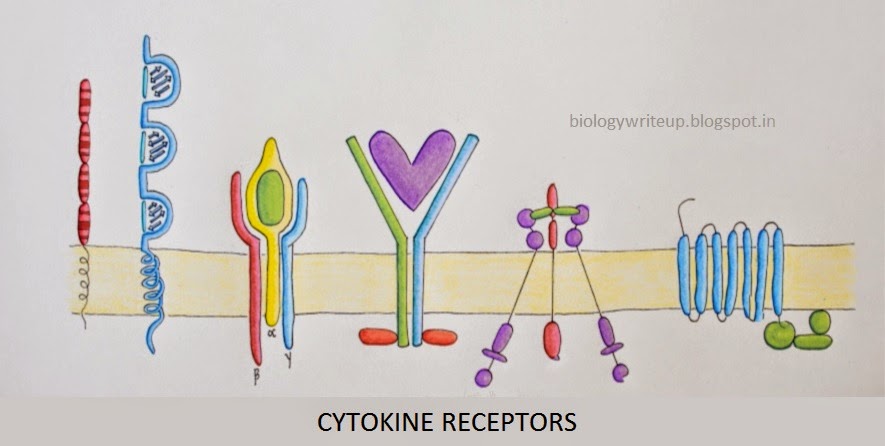 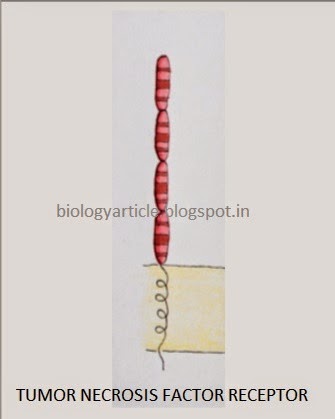 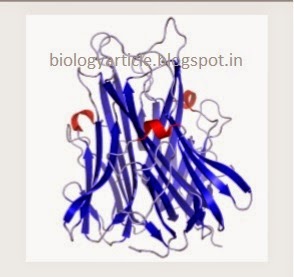 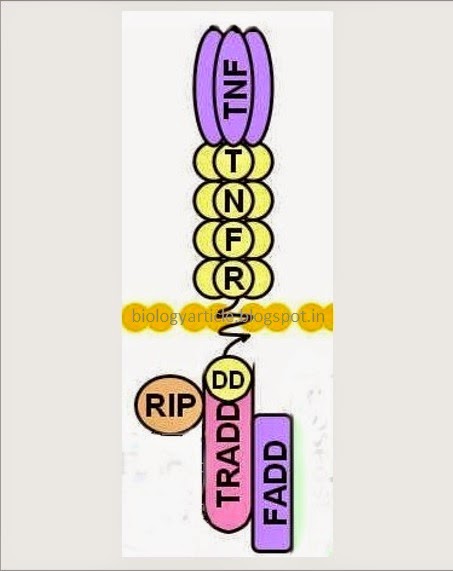 1. Receptor (TNFR or CD120) has four repeated domains of beta-pleated sheets stabilized by cysteines.  However these seem to be different from Ig domains.
2. Clusters in trimer upon binding TNFs.
3. Most TNFs are juxtacrine factors produced by monocytes and macrophages.
4. Signal up-regulates immune responses and specifically results in appetite suppression and, long term, cachexia (wasting). 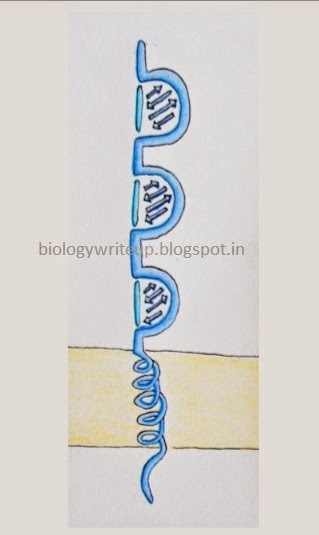 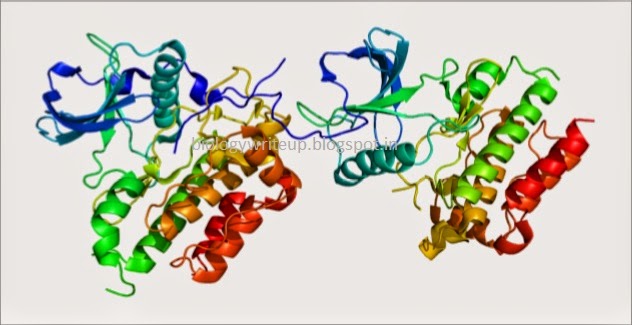 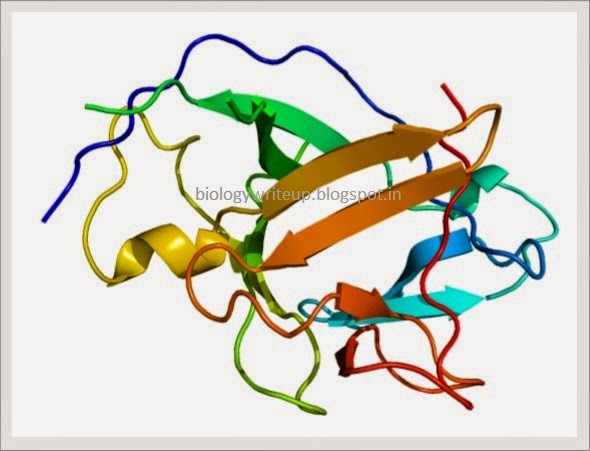 
Hematopoietin (Class I) –
Includes the IL- receptor, one of our major structural examples.
1. largest class of immune-related signal systems. Dozens of specific versions, including receptors for IL-4 and 5 (important in TH2 response), G-CSF (important in any defensive response) and receptors for peptide hormones that are not even part of the immune response. 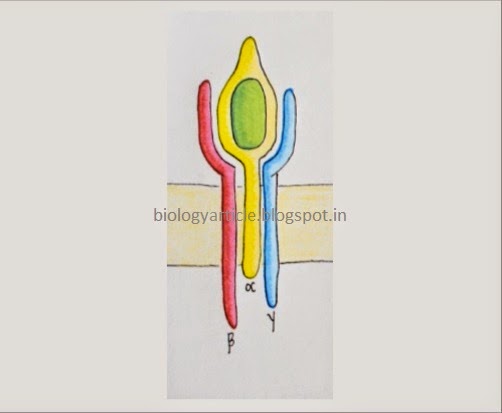 
2. function as heterodimers or trimmers. Generally no one part functions optimally in any role without being bound to the others.
3. have four conserved cysteines at the N terminal domain (CCCC motif), a conserved sequence of tryptophan-serine-whatever-tryptophan serine (WSXWS motif), and a C terminal cytoplasmic signaling tail in both dimers.  If there is a third peptide, it aids ligand binding, and does not have these features. 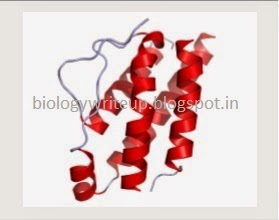 
Interferon (Class II)
1. includes receptor for IFNg, a major inflammatory signal.  Also IFN α and β, IL-12 and a dozen or so more. We’ll look at this signaling pathway in detail.

1. Most recently identified, with many structural variations.


2. Units have elements similar to TLRs as well as a fibronectin-like domain.
3. Variations have hetero and homodimers and trimers.
4. IL-17 paracrine factor is a small ovoid dimer with beta pleated sheets. 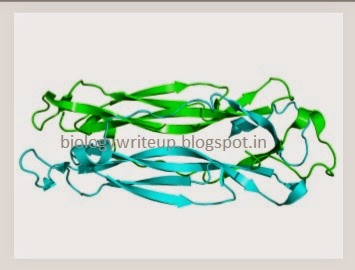 5. Specifically identified as secreted by a class of TH cells, the TH 17, which operate at the border of innate and adaptive immunity to trigger a defensive response.
6. Works in boundary defense and against extracellular pathogens.


3. binds chemokines, for example IL-8, which are smallish (90 to 130 amino acids) proteins with alpha helix and beta pleated sheets stabilized with conserved cysteines.